Muhammed Ali Ansary (1948-2011), M. A. Ansary, M A Ansary, nicknamed Montu, was a famous personality in Jhenaidah district, Bangladesh for his manifold talents and qualities for the people, society, and the nation as a whole. Ali Ansary Montu had many contributions and success stories that we will explore in this article.

After completing his education and LLB, MA Ansary began his career in Advocacy. Simultaneously, he involved himself in journalism in the year 1978 with The Bangladesh Times as the Jhenidah correspondent. At that time, it was great to work in an English Dailies.

Later, he began his career as the district correspondent of The Independent in the year 1999 after the shutdown of the Bangladesh Times. This lion-hearted social reformer & activist had versatile involvement during his lifetime. 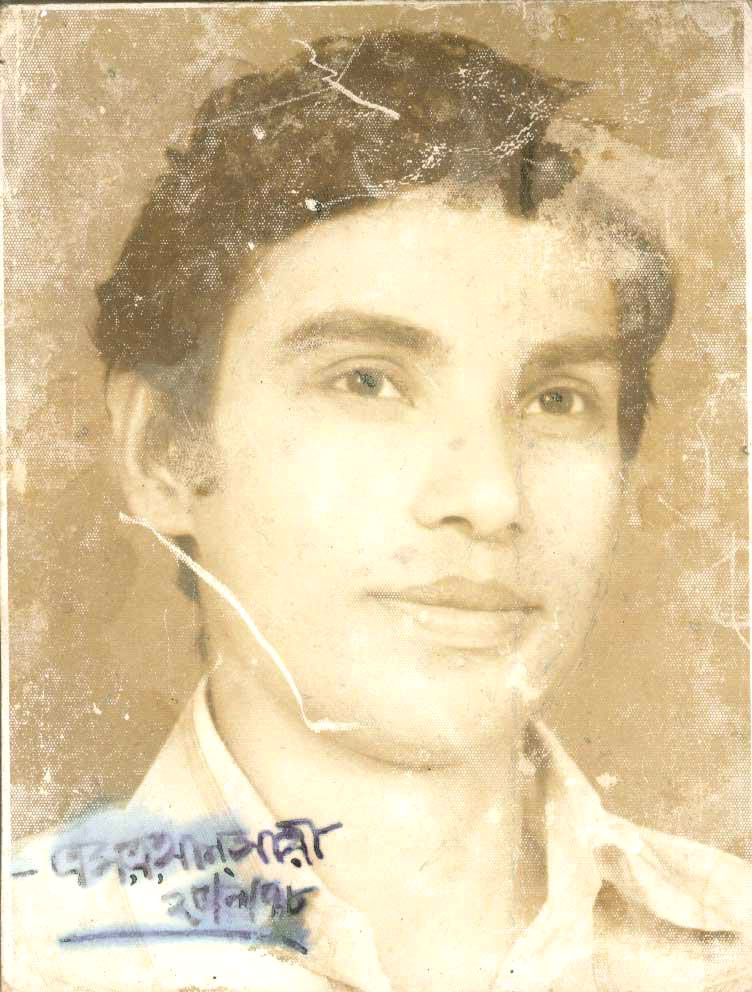 Muhammed Ali Ansary was born in 1948 in Jhenaidah.

Parents of M A Ansary

The Father of M A Ansary was Mowlana Ramzan Ali Ansary whereas his mother was Monzar Ali Ansary.

The Father of this notable personJhenaidah, Moulana Ramzan Ali Ansary, was an educated business person and religious personality, who acquired a huge property during his time. He died from a cardiac attack when M A Ansary Montu was only 2 years old.

The mother of this prominent person of Jhenaidah, Monzar Ali Ansary, who was a primary school teacher, served Jhenidah Seba Sangha Govt. Primary School and did not marry again in order to successfully take care of her children.

She had to sell out most of the property of her deceased husband one after another in order to maintain a livelihood and educate her children. She died in 1992 from diabetes and other old-age complications. 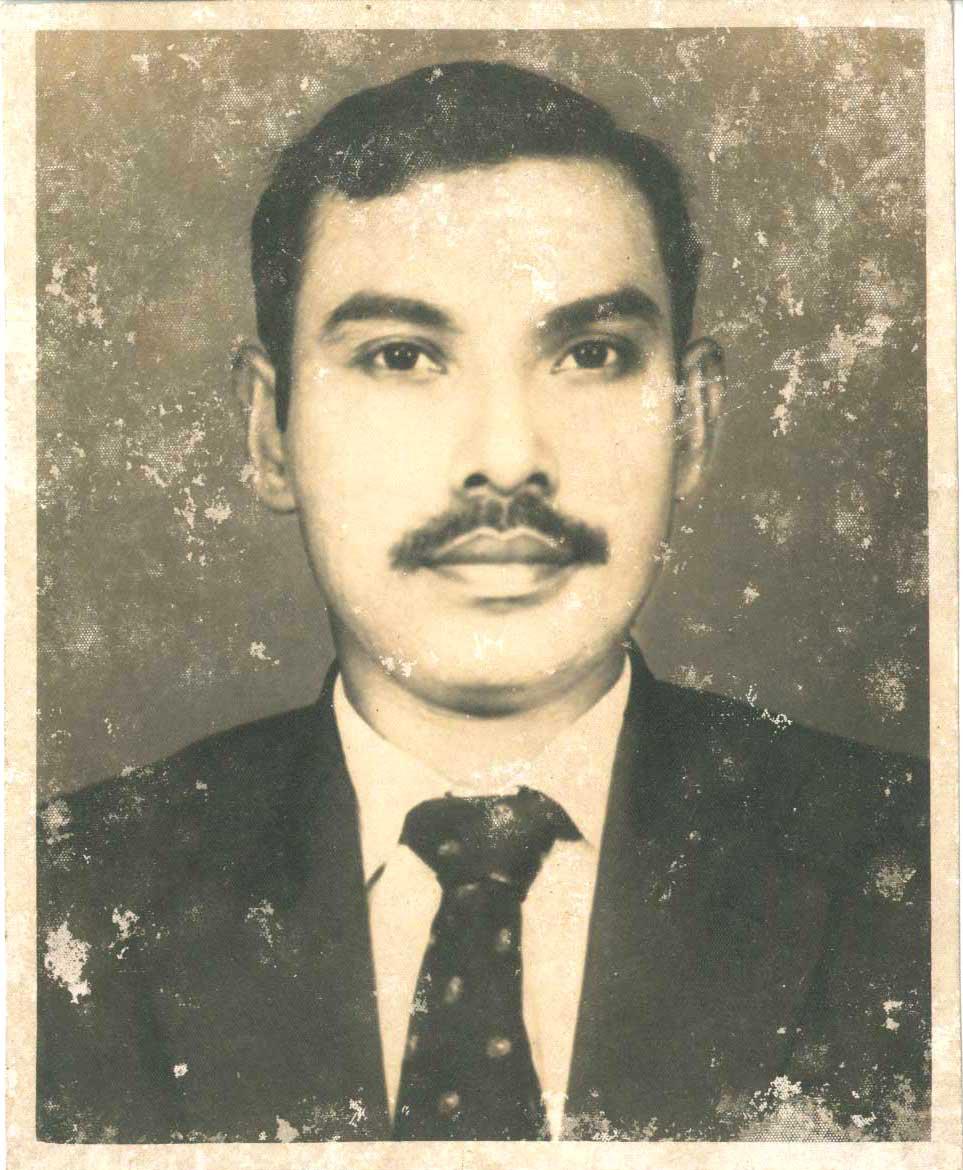 Since childhood, he was a meritorious and ardent learner. He could capture most of the words in the English dictionary by his heart.

Siblings of M. A. Ansary

Renowned person of Jhenaidah, Muhammed Ali Ansary had one elder brother Dr. Ahammed Ali Ansary (Badsha), and one elder sister Jahanara Khatun (Begum), from several others who died in their childhood. However, both his brother and sister are also no more today.

In 1978, M A Ansary was married to Nazezda Nahar, who was a Govt School teacher and later on retired in 2008 as the Head Master of Jhenaidah Govt Boys School. 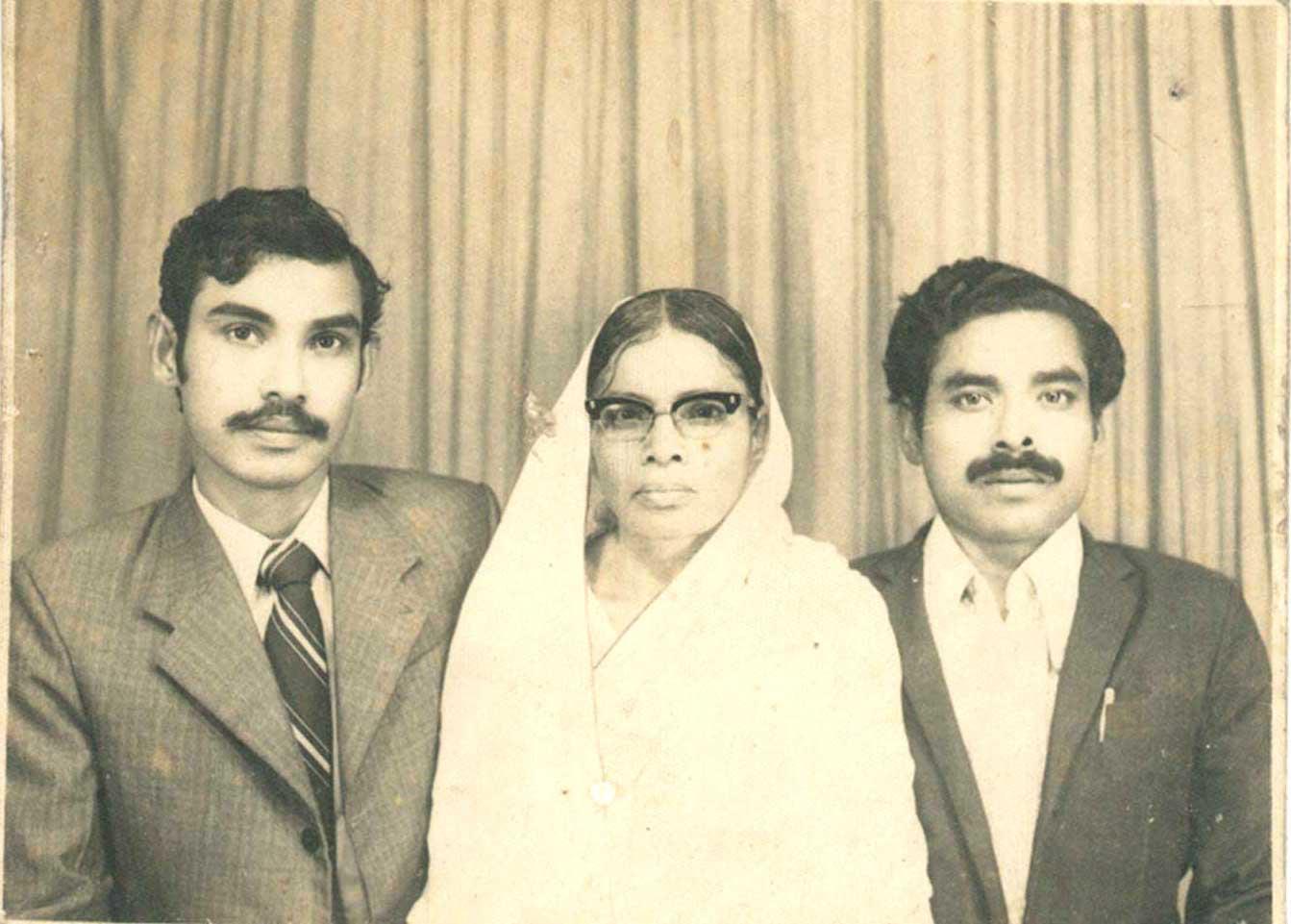 Muhammed Ali Ansary was a lawyer and served this profession for more than 33 years with reputation and honesty.

However, it was not his mainstream “profession” as he found it was very hard to honestly generate income from it since he was to handle many cases on behalf of many criminals that he used to refuse.

A record 10 times President of the Jhenaidah Press Club

Muhammed Ali Ansary was elected as the President for a record 10 times in Jhenaidah Press Club for his unprecedented popularity, remarkable steadfastness, courageous gesture, exemplary honesty, and bold personality.

He had a great role in improving the constitution, policies, organogram, and operation manual of the club. He had zero tolerance in the area of honesty of his fellow journalists as he represented himself from the front.

He continuously contributed to the development of the journalists, increased members of the club, and improved credibility and trust among the people with pure journalism. Many of the current journalists of the club were once Mr. Ansary’s apprentices.

M A Ansary also led the expansion of the club’s construction work and extended it with a two-storied building, as well as some shops in order to facilitate a permanent, fixed income for the club officials. 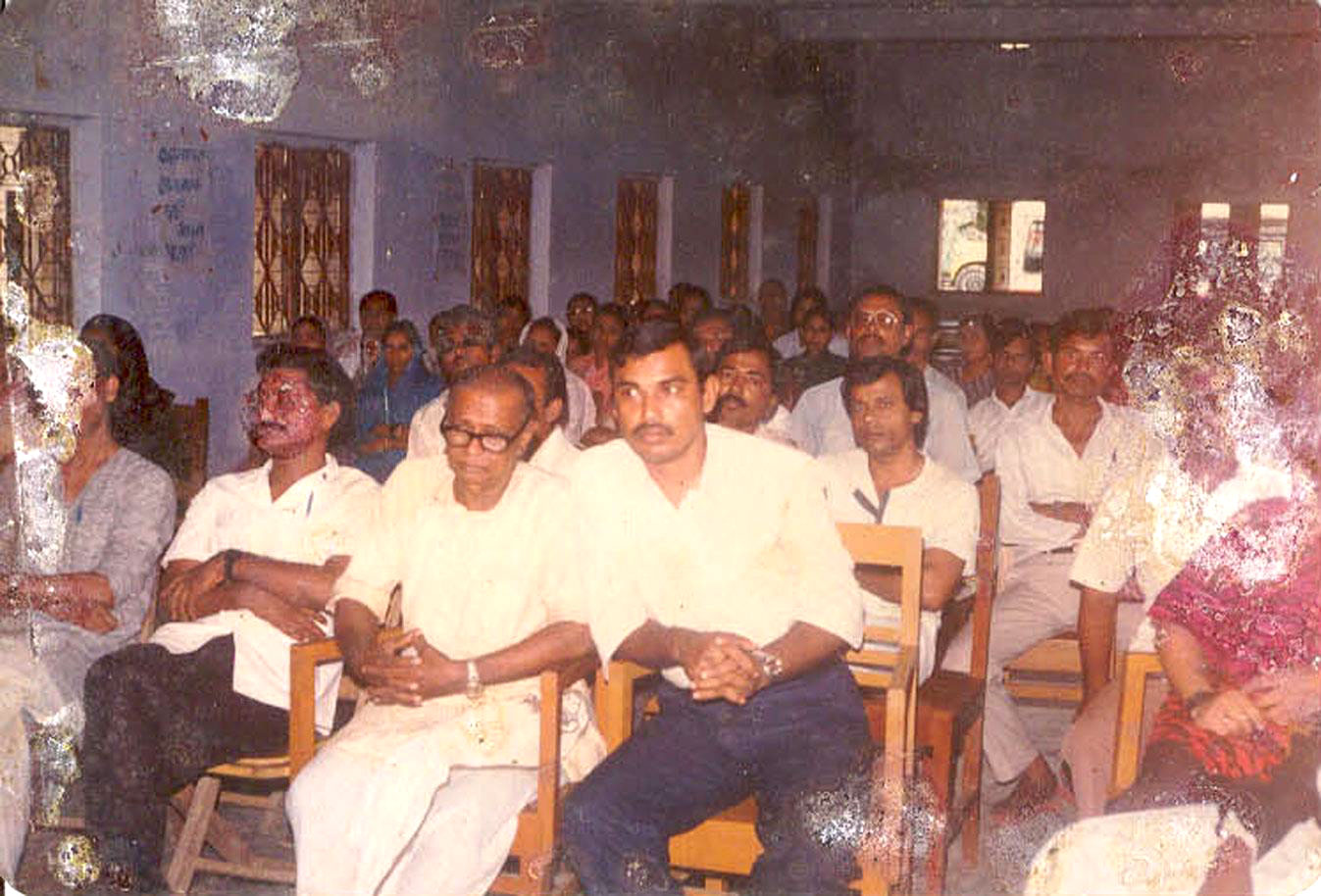 During the later part of their life, M A Ansary concentrated on his role as a Human Rights activist for a long time.

His analyses, initiatives, presentation, and reports, were lavishly praised by the central management of the whole country.

MA Ansary was the founder secretary of Jhenaidah Agrani Samity in order to guide and support the youth of the surrounding areas in constructive pursuit.

M A Ansary also contributed as the Editor of Dainik Nobogonga, published by Jhenaidah.

He worked for this newspaper actively for several years until its closure for some reason. MA Ansary Montu also worked with the Daily Jhenaidah for some time in life. 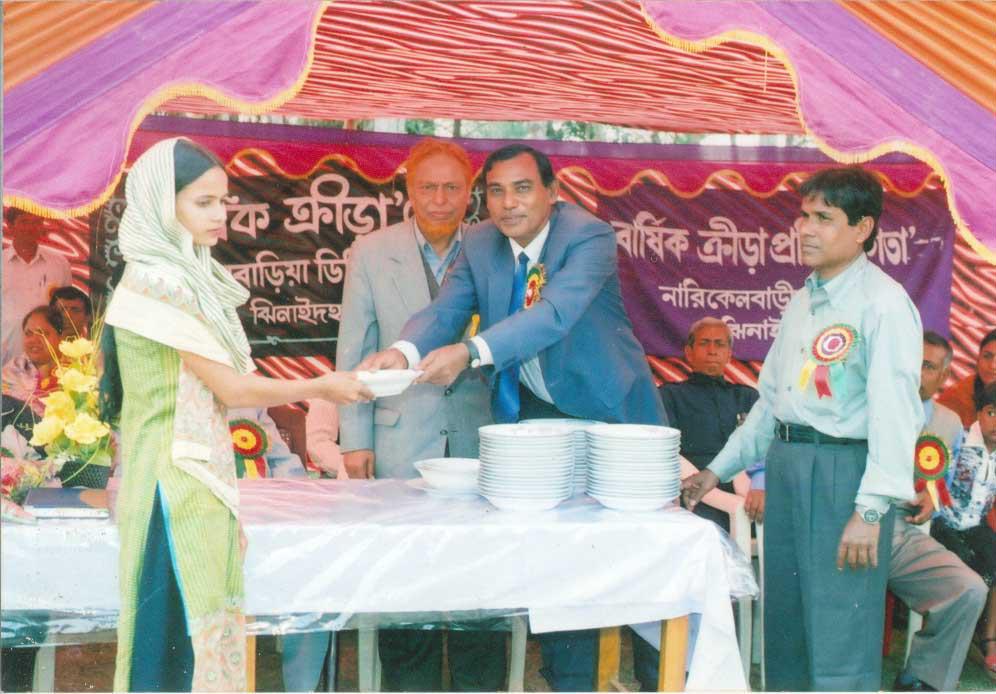 He worked as the District Correspondent of The Bangladesh Times, and The Independent respectively in his career.

He had a passion to work for English Dailies and refused many offers to work with Bengali Dailies as a correspondent.

Rather, he left many opportunities for other co journalists and young reporters. In his lifetime, he developed many promising journalists as his apprentices, who are now successfully working in different newspapers.

Mr. M. A. Ansary also worked as a Secretary of Jhenaidah Public Library, in order to disseminate education and learning among the common people in Jhenaidah.

By his hand, the Library was expanded greatly in the number of books, readers, and capacity as well as construction buildings. M A Ansary contributed to the then Patiya College, Chattogram (Patiya Government College) as the Lecturer in the Department of Political Science for some time.

However, because of his homesickness, he couldn’t continue this profession for long and returned to his motherland to try something else.

He had immense love, affection, and a soft corner for Jhenaidah, where he was born. In order to stay in the lap of Jhenaidah, M. A. Ansary left behind many opportunities and prospects for his personal gain in life. He confidently stands out to contribute to Jhenaidah, and to the people.

M A Ansary died of a heart attack on 11 October 2011 at the age of 63 while he was on duty collecting news on cattle smuggling in Maheshpur Upazila in Jhenaidah, near the Bangladesh-India border.

Muhammed Ali Ansary is laid in Jhenaidah Central Graveyard beside his mother, father, and some other relatives. 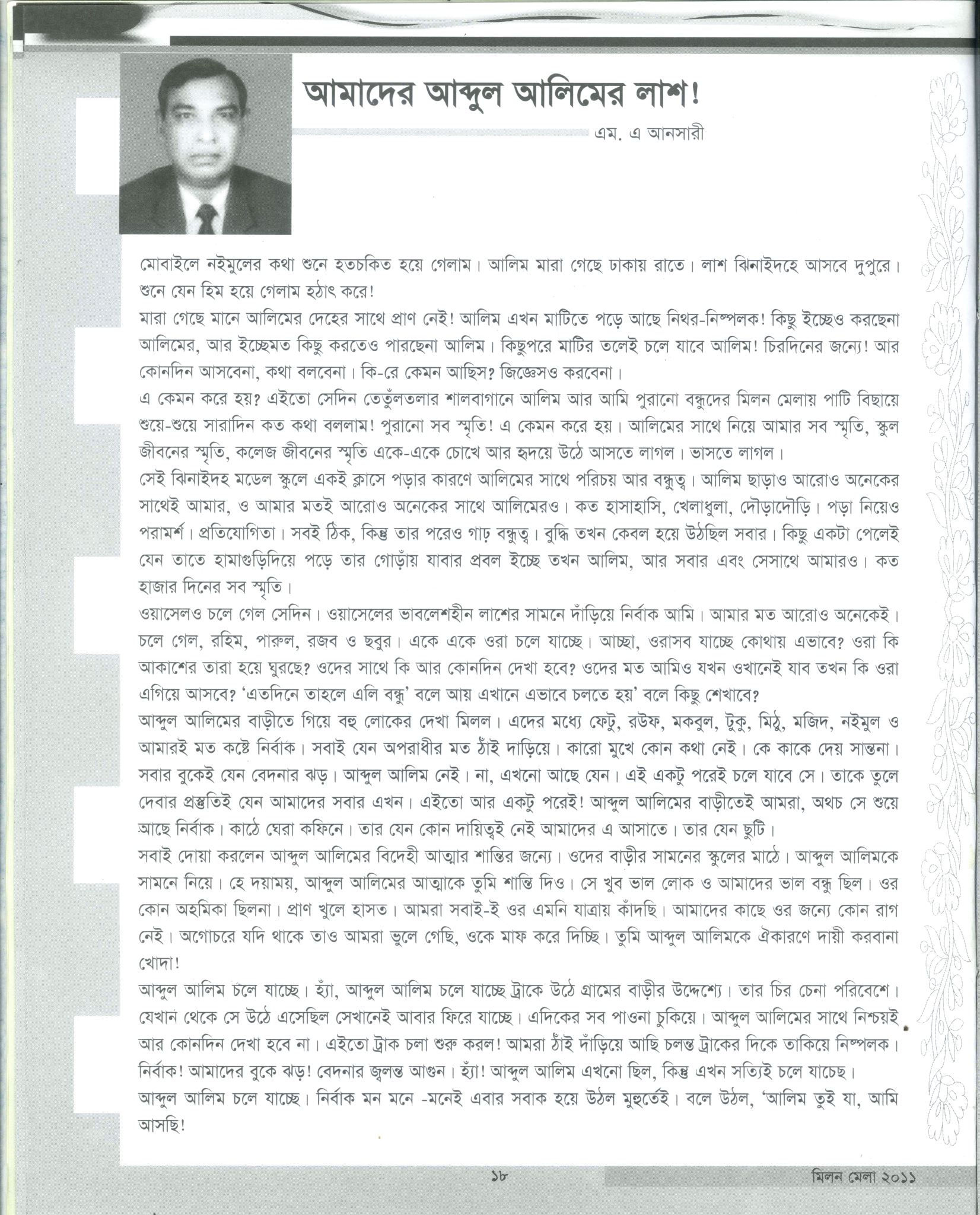 M A Ansary was a notable figure in Jhenaidah. Apart from all the mentioned contributions, M. A. Ansary also helped many people in his lifetime. He didn’t like to keep the records but was lavish in charity in form of funds, help, support, and whatnot.

He took many cases from the poor almost free of charge as the Lawyer. As a journalist, he was very much honest and tried to help people with facts and authentic news.

He also played a role in renaming many famous institutions in Jhenaidah, for Example, Bir Shrestha Hamidur Rahman Stadium.

He left many opportunities for others as a philosophy of his life. He was constructive and always was with truth.

Boldness was one of the traits that he applied to every aspect of his social, professional, and personal life. 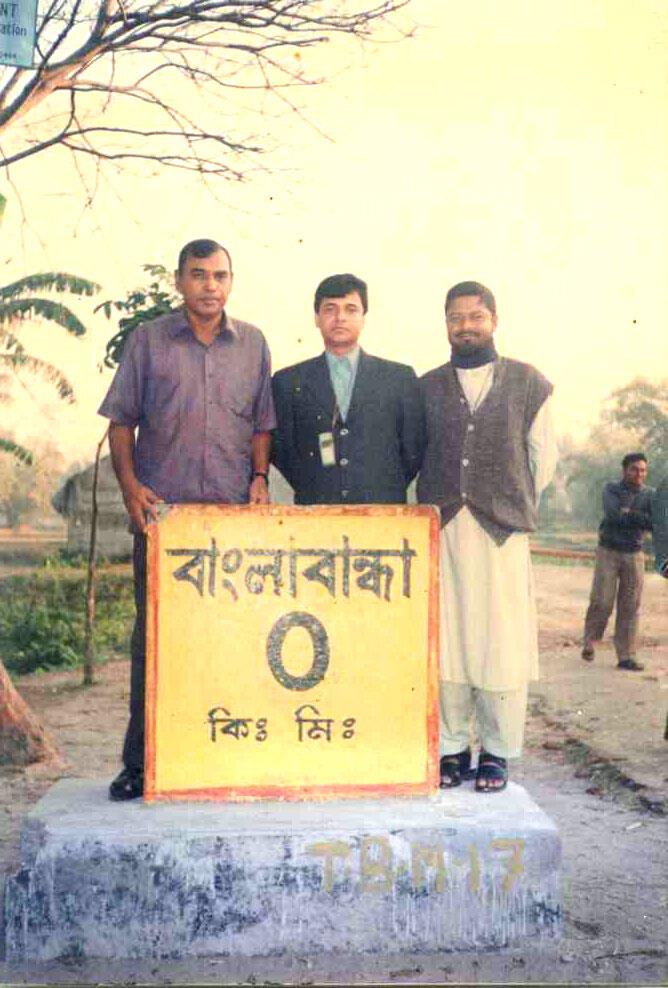