Joe Biden is the 46th president of the US from the Democratic Party. Preceded by Dick Cheney, and succeeded by Mike Pence, Joseph Robinette Biden Jr., or Joe Biden served as the 47th vice president of the United States with President Barack Obama from 2009 to 2017. Popular American politician, Joe Biden belongs to the members of the Democratic Party, with many interesting, crucial, and fun facts.

He was the Democratic presidential nominee against Donald Trump, for the 2020 election and conceded victory over Trump.

During his dynamic career, Joe Biden has created several fun facts one should know about. In this article, I am going to talk about some of Joe Biden’s fun facts.

1. He has been in his third attempt for the White House, and become the oldest person as elected president.

5. Joe Biden was elected to the U.S. Senate from Delaware in 1972, which turned him as the sixth-youngest senator in American history.

6. After dropping his presidential candidacy, Joe Biden was positioned as Barack Obama’s Vice Presidential Candidate in 2008.

7. He is one of the most experienced US politicians whose career is not going to end soon as he is going to move on with the upcoming 2020 US Elections, with his more than 50 years of a political career.

8. Joe Biden turned down the opportunity to run for president in the year 2016

9. He received the Presidential Medal of Freedom as well as the Congressional Patriot Award in 2017.

10. Joe Biden is married for the second time in his life, after the death of the first wife.

11. Biden was accused of plagiarizing a law review article in his course and had to retake because of failing during his first year at Syracuse.

13. Joe Biden had two brain surgeries during his past life

14. His nickname is Amtrak Joe

15. Joe Biden had to swear his first oath as a US Senator while he was in a hospital.

16. Joe Biden is counted as the longest-serving Senator of Delaware.

17. Violence Against Women Act (VAWA) is treated as one of his achievements.

21. Joe Biden showed his courage to condemn US President Trump for withdrawing from the Paris Agreement

23. Joe Biden was accused of corrupt involvement in Ukraine in 2020 by US President Trump.

24. In 1968, Joe Biden graduated with a Law degree from Syracuse University.

25. He started his political career in 1970, as a member of the New Castle County Council.

29. Joe Biden had a stuttering problem during childhood.

30. Joe Biden did advocacy for Delaware military installations, as well as Dover Air Force Base and New Castle Air National Guard Base in the past.

31. Biden’s first wife, Neilia Hunter Biden, as well as daughter, Naomi Biden, were killed in a car accident While Christmas shopping in 1972, just 7 days after the presidential election.

32. He has 2 memoirs published, one is “Promises to Keep: On Life and Politics”, the other, “Promise Me Dad: A Year of Hope, Hardship, and Purpose”

34. In 2017, he has been the Benjamin Franklin presidential practice professor at the University of Pennsylvania.

36. Biden was consistently ranked one of the least wealthy members of the Senate, with no outside income or investment income, as well as a net worth between $59,000 and $366,000.

37. During his first appearance on Capitol Hill since Trump’s inauguration in 2017, Biden called the Republican healthcare bill a “tax bill” that denotes to transfer nearly $1 trillion to be used for health benefits for those who are struggling to become wealthy Americans. 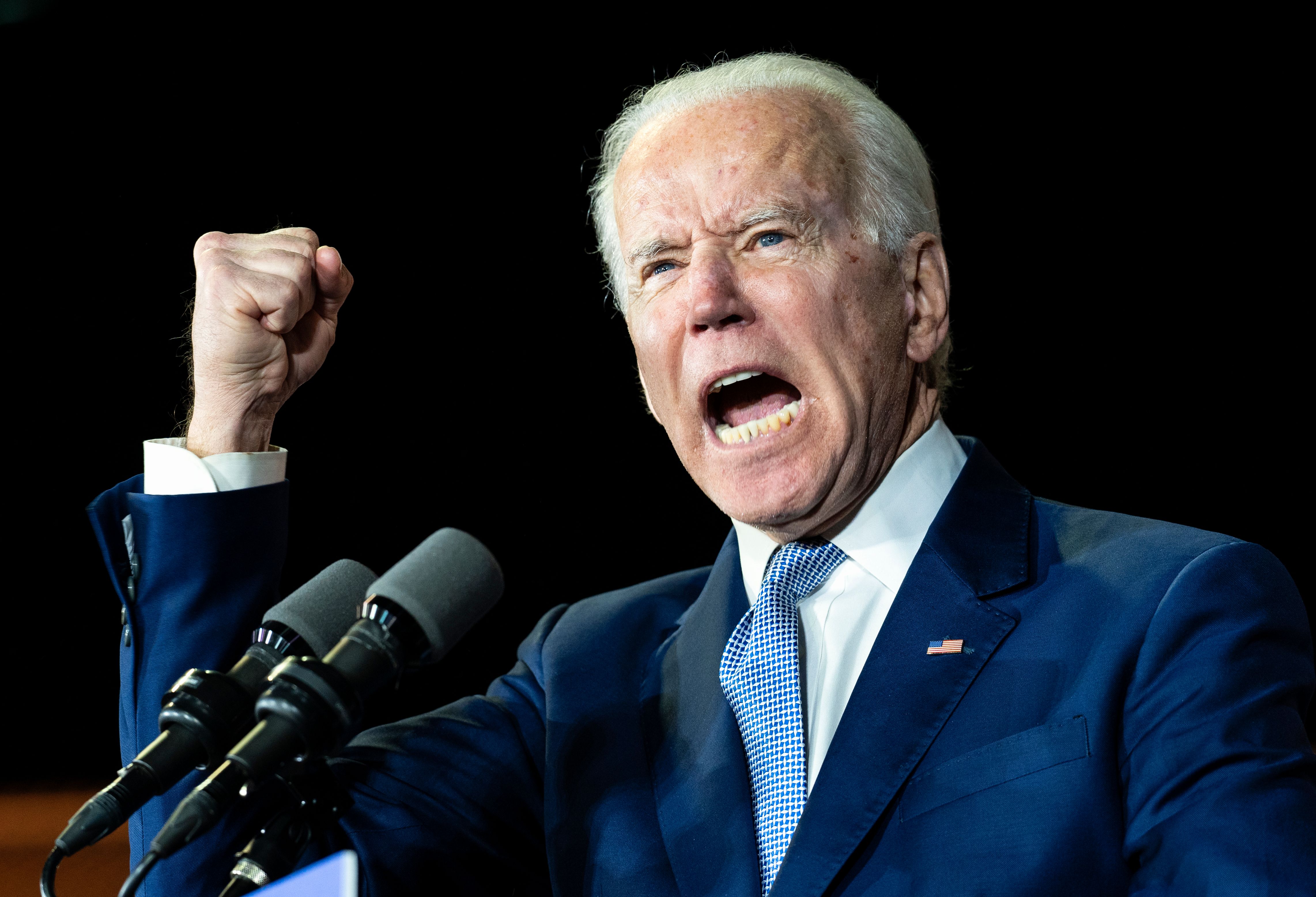 39. Joe Biden supports regulation as opposed to a total ban on fracking.

40. Biden is the first former vice president who has been nominated for president since Walter Mondale in 1984

41. The slogan for Baiden for Presidential campaign 2020 was
“Restore The Soul of America
Our best days still lie ahead
This is America
We are America, second to none
Anything is possible
No Malarkey!
Build Back Better
Unite for a Better America”

42. Joe Baiden has an affiliation with Democratic Party

43. For the 2020 campaign, Biden came in 4th place, with earning six pledged delegates during the Iowa caucuses held on February 3, 2020.

44. Since the 11th Democratic presidential debate for campaign 2020, Biden declared 2 fresh progressive mandates: to make public colleges and universities tuition-free for students whose families have an income less than $125,000, as well as allowing for student loan debts in order to default during bankruptcy.

45. Together, we will beat Donald Trump” says his website donation page as a part of the 2020 Presidential campaign

48. Biden had decided not to run for the presidential election in 1992 in part since he had voted against the resolution authorizing the Gulf War.

49. Ruth Ann Minner, Delaware’s Democratic governor, announced in 2008 that she would appoint Biden’s longtime senior adviser Ted Kaufman so that Biden would succeed in the Senate.

50. The first writing of Baiden “Hague Convention On International Child Abduction: Applicable Law And Institutional Framework Within Certain Convention Countries Report To The Senate.” was published on April 1, 2000.

I hope these Joe Biden Fun Facts were really interesting to you!