At the end of my suffering, there was a door. Hear me out: that which you call death – utters  Louise Elisabeth Glück in her famous poem The Wild Iris (1992). Louise Glück, or Gluck an American poet and professor of Yale University has won the Nobel Prize for Literature 2020 for her “candid, uncompromising, unmistakable poetic voice”, which is undoubtedly “full of humor and biting wit”. Louise Gluck’s poems have told about the painful reality of being human, based on realistic themes such as death, childhood, and family life.

In this article, I am going to talk about 26 interesting facts about Louise Gluck, the biography of Louise Gluck.

Louise Elisabeth Glück was born on Thursday, April 22, 1943in New York City, USA. Currently, she is 77, which is one of the interesting facts.

Name of her father is Daniel Glück, who is a businessman, whereas Louise Glück’s mother is Beatrice Glück (née Grosby), a homemaker and a Russian Jewish descent.

3. Father’s passion was to be a writer

Daniel Glück, father of Louise Glück had a passion to write, but could not manage eventually. He turned as a businessman. This way enough for Louise’s motivation to be a writer, which is an interesting fact about Louise Gluck

Since her childhood, Glück’s parents taught her Greek mythology as well as classic stories and characters such as Joan of Arc. These impliedly came to Glück’s work later on.

In 1967 Glück married Charles Hertz, Jr.,  but the marriage didn’t last and ended in divorce. Later on, she married John Dranow who was a writer, professor, as well as an entrepreneur. This marriage was also coming to an end in the 1990s

She has a son named Noah Dranow, born in 1973 and currently lives in San Francisco.

Louise Gluck has won the Nobel for literature 2020 as the fourth woman since 2010. The other 3 women are Olga Tokarczuk (2018), Svetlana Alexievich (2015), and Alice Ann Munro (2013), which is considered as one of the Louise Gluck interesting facts.

Louise Gluck is the 16th woman to win the Nobel prizes since the prizes were first awarded in 1901. The first woman to achieve a Nobel in literature was Selma Lagerlof (1909)

10. The successor of Bob Dylan

The first volume of Louise Gluck’s poem is Firstborn that was published in 1968.

12. She suffered from anorexia nervosa

During the school days, Louise Glück suffered from anorexia nervosa, a strong desire to be thin. It is a disease related to an eating disorder, which reflects low weight, food restriction, as well as fear of gaining weight.

However, after several years of treatment in psychoanalytic, and rehabilitation, for several years, she could successfully recover from it.

Louise Glück is known as an autobiographical poet as she could depict emotional intensity in a frequently drawn myth, as well as history, nature, aspects of trauma, desire, as well as a mythology to impart her meditative mind based on personal experiences and modern day to day life. She also drew her characters based on mythological depiction from Persephone and Eurydice, among others. 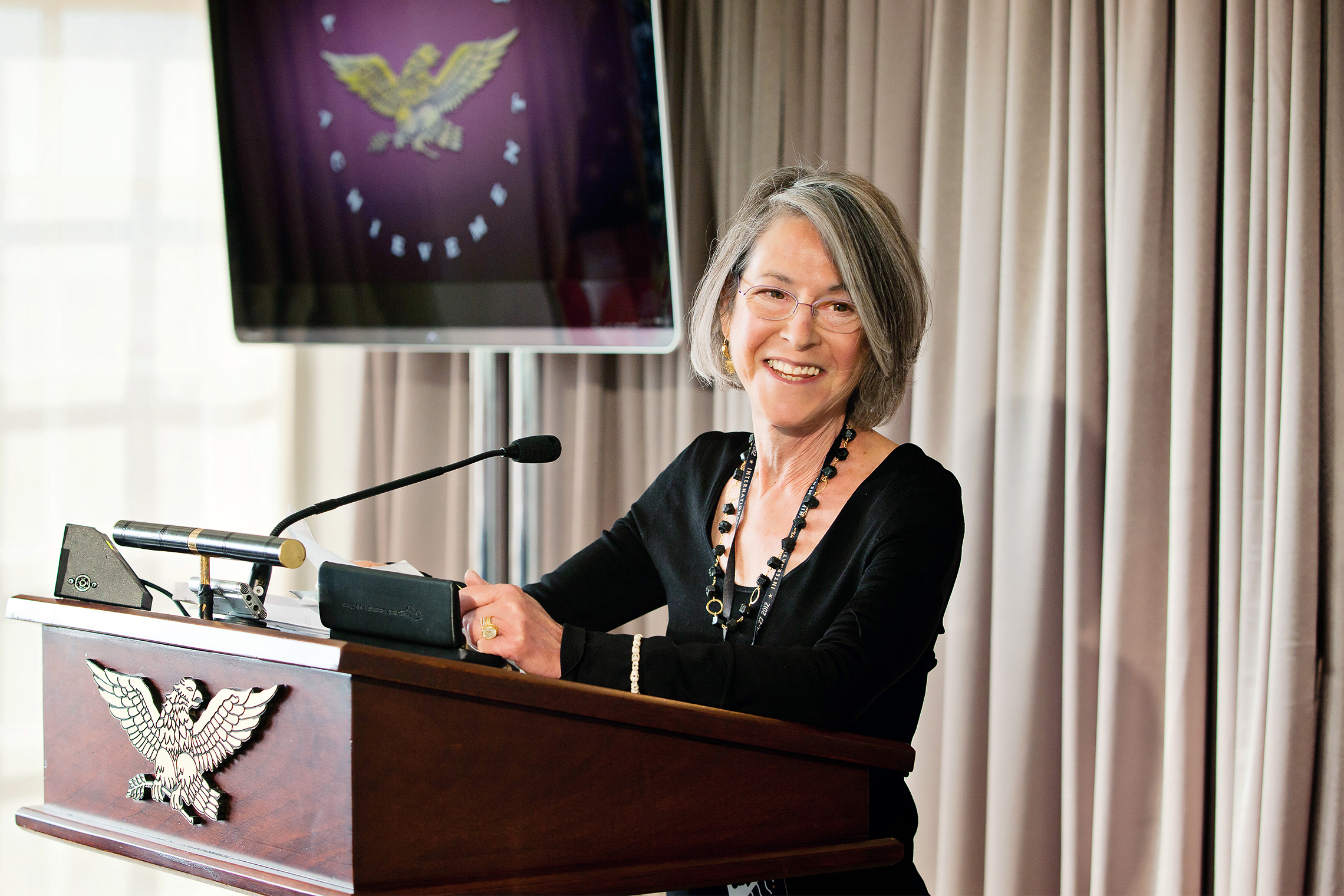 Glück  invested her money in New England Culinary Institute, a private and for-profit college, where she also observed as one of the Board of Directors

During her lifetime, Louise Glück has achieved many significant prizes, awards, and recognition, among others:

She also has many other recognitions, Memberships, Honorary Doctorates, and Fellowships for her dynamic contribution.

She is an expert in her lyric poems encompassing linguistic precision and austere tone.

In 1980, a devastating fire burned Glück’s house in Vermont, which caused a huge loss of all of her belongings, possessions, and some literary works.

The chair of the Nobel prize committee, Anders Olsson has compared Louise Glück with the writings of famous poet Emily Dickenson because of Gluck’s ability to “severity and unwillingness to accept simple tenets of faith”

She also underwent a long writer’s block after her first collection of poems, Firstborn was published in 1968

Louise Glück attended Sarah Lawrence College as well as Columbia University but did not obtain a degree. Her passion was rather in poetry and as a poetry teacher, she served many institutions, which is one of the fun fact.

23. “Discovery of a distinctive voice”

In 1975, she endeavored her second work The House on Marshland which was a great comeback, and critics titled it as a breakthrough.

In her writing, Glück’s influences are in psychoanalysis as well as ancient stories. legends, implications, parables, and mythology. Léonie Adams, Stanley Kunitz, Robert Lowell, Rainer Maria Rilke, as well as Emily Dickinson have a profound influence on her writing.

It’s the same thing, really, preparing a person, for sleep, for death.

And the soul creeps out of the tree.

The love of form is a love of endings.

In childhood, I thought that pain meant I was not loved. It meant I loved.

Every sorceress is a pragmatist at heart; nobody sees essence who can’t, Face limitation.

We look at the world once, in childhood. The rest is memory.