Elon Reeve Musk is one of the eminent and inspiring business tycoons, industrial designer, self-made entrepreneur, engineer, philanthropist, and decent personality. There are many interesting facts about Elon Musk to know about.

He is considered as “the Ironman’ with so many success stories. Giant companies like SpaceX, Neuralink, Tesla, Inc., The Boring Company; Neuralink, OpenAI, PayPal, X.com, has come to the peak of excellence with his direct contributions.

In this article, I am going to talk about interesting facts about the living legend, Elon Musk.

2. Wealth in the childhood

Elon Musk had seen great riches in his childhood as his father Errol Musk, is a wealthy South African engineer. Musk’s childhood was spent in South Africa with his brother Kimbal and sister Tosca.

According to Forbes, Elon is the 5th richest person in the world.

Elon Musk is the longest termed CEO of any global automotive manufacturing company.

It is believed that his level of IQ is around 155, according to previous aptitude tests to recon his various abilities.

Elon Musk has 6 children, (He had 7 children, one is deceased)

Elon Musk was too good at programming and learned about basic programming while he was just 8. With this knowledge, he developed a space-themed PC game named Blastar and Office Technology magazine.

12. He had a terrible father

His father was “a terrible human being… Almost every evil thing you could possibly think of, he has done” as Musk was with him for some time after his father divorced his mother in 1980. Later on, he was separated from the father.

Elon Musk had a very bad experience as he was severely bullied throughout his childhood. In the line with this, he was hospitalized after a group of boys threw him down a flight of stairs.

Musk has graduated with an undergraduate degree in economics and pursued a second bachelor’s degree in Physics.

It is to be mentioned here that he headed to Stanford University in California to pursue a Ph.D. in applied physics and material sciences but did not continue to start his first ever business venture Zip2 Corporation.

Elon Musk is a book worm and since childhood, he was fond of reading books. It is told that he used to read books 10 hours a day. Surprisingly, he finished the encyclopedia Britannica at the age of 9.

Elon Musk had the concept to open an arcade when he was in high school with inspiration from his brother.

They submitted the proposal to the city authority to establish the arcade, yet ist was rejected due to their young age.

Since childhood, Elon Musk was very economical and was prone to save money for the future.

He used to strategically lead his expenses by one dollar budget each day and bought foods in bulk in order to save cost. This business mindset was truly inspiring and made him successful in the long run.

Dungeons & Dragons tournament is among the hardest and challenging entertainment, where Elon Musk was quite apt in.

He visited Johannesburg with his cousin and took part in the same. It is quite inspiring that he could spellbind the audience with his magical imagination and helped the team to concede win.

19. Apt in Physics and astronomy

Elon Musk was so adept in physics since childhood that he attempted to develop rocket, explosives, and several other dangerous things. It is a sign that he was a challenge taker with a daredevil spirit.

For tesla, Msk created several brand robots named from the film the X-Men, Xavier, Iceman, Wolverine, Storm, and Colossus. He was actually a fan of the movie and thought the superhero names could be the same. 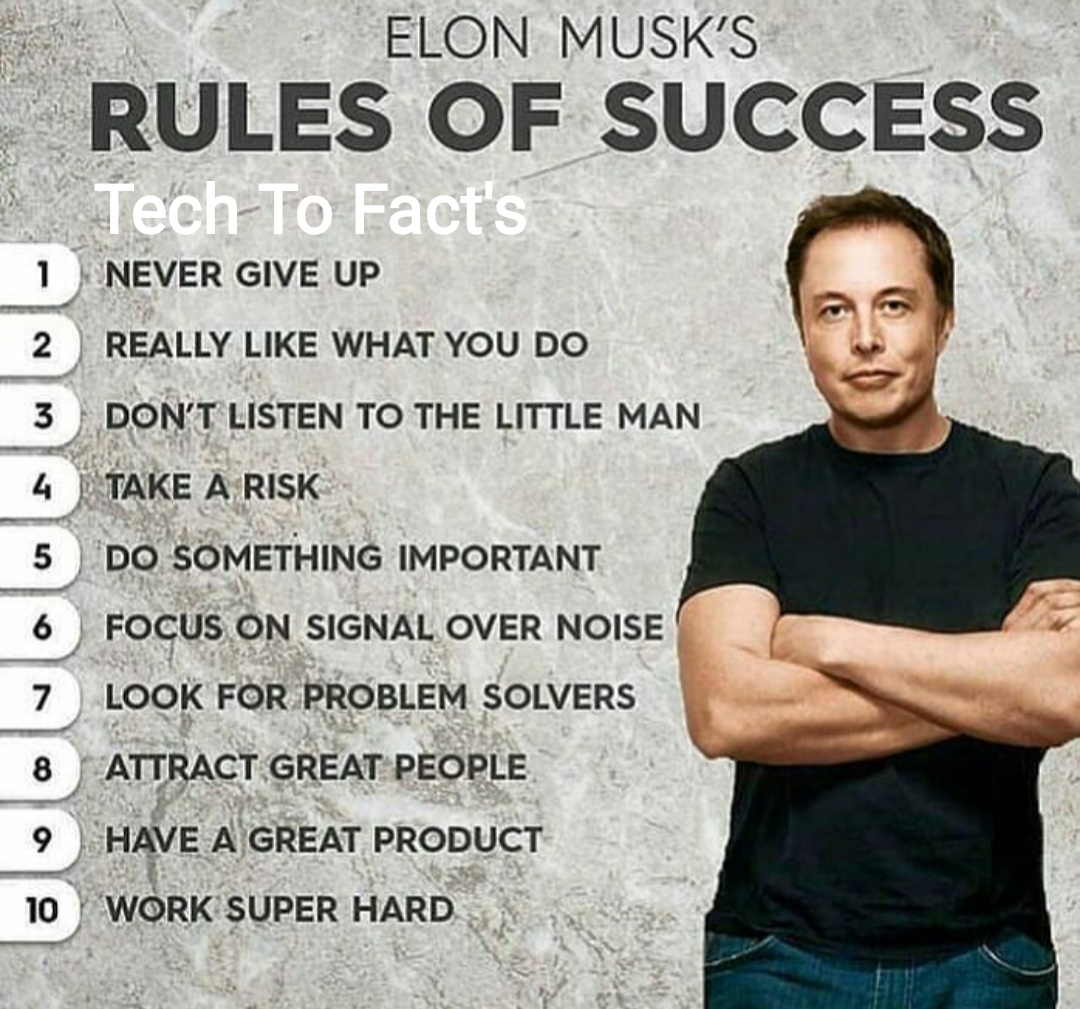 “Wet Nellie,” was the name of a Lotus submarine car prop owned by Elon Musk used in the 1970s James Bond movie The Spy Who Loved Me. In fact, he cherished his dream to convert this into reality.

Tesla pays him the compensation less than $40,000, that Elon Musk doesn’t need to encash. Moreover, he owns Tesla shares worth 35 million, apart from his earnings from SpaceX.

Elon Musk has a passion for music and released a rap track titled “RIP Harambe” on SoundCloud under the name “Emo G Records”, which became popular. On his own lyrics and vocals, Musk released an EDM track, “Don’t Doubt Ur Vibe” on January 30, 2020.

Musk himself has described himself as “half Democrat, half Republican” and “I’m somewhere in the middle, socially liberal and fiscally conservative” in terms of political viewpoint.

26. Against Short-selling and subsidies

Elon Musk believes in perseverance and hardship for success. He has always been a critic of short-selling. According to him, it should be ‘illegal’. He is in favor of carbon tax in lieu of subsidies struggling companies are given by the government.

Elon Musk has repeatedly talked about the potential dangers of artificial intelligence, by saying AI is “the most serious threat to the survival of the human race”.

I hope this article on interesting facts about Elon Musk was worth reading.