“The best is Yet to Come” inscribes his grave.  The world of Arts is immensely indebted to Francis Albert Sinatra for his versatile contribution. Facts about Frank Sinatra speak a lot about this American Singer, actor, and producer, whose talents and memories are instilled in the hearts of many fans.

This article will give an overview of Facts about Frank Sinatra and will reveal many unknowns.

He was the only child of his mother, Natalina “Dolly” Garaventa who was immigrated to the United States from Italy as an infant.

His father, Antonino Martino “Marty” Sinatra, was an Italian-American Hoboken city fireman, professional boxer, as well as a bar owner.

Frank was born with a weight of 6.1 kg, and due to applying forceps during the delivery process, he confronted serious injuries all over his body, including neck, ear, left cheek. The damage was not cured even in his lifetime.

He was not that much educated in traditional education and studied in Hoboken High School and Northern Valley Regional High School.

Sinatra had three children with his first wife, Nancy Barbato:

Sinatra was called on by several nicknames during different phases of his life, such as Chairman of the Board, Frank Sinatra, La Voz, Ol’ Blue Eyes, Swoonatra, The Sultan of Swoon, and The Voice.

How tall was Frank Sinatra really? He was 1.71 m

His music is evergreen and speaks of his own soul. Frank is considered one of the best-selling music artists of all time, as more than 150 million records are sold all over the world.

Sinatra was an enthusiastic politician and involved himself in active politics during the mid-1940s.

He campaigned for at least four presidents in his lifetime, such as Franklin Delano Roosevelt, John F. Kennedy, Harry S. Truman, and Ronald Reagan.

Although he faced many hardships, there are several rewards to his name.

He has received numerous awards in songs and performances, including 3 Golden Globe Awards, a six-time Grammy Award, and Best Actor for the Oscar ‘From Here to Forever’

He has previously worked as a reliever at Jersey Observer magazine, Delivery Boy, and later at Teutzen & Lang Shipyard, which is one of the interesting facts about Frank Sinatra.

Frank considered himself an 18-carat manic depression and attempted several suicides. One was when he thought he was not popular, while the other three were in trouble for his anxious relationship with Ava Gardner.

Upon hearing of the first American multimedia star Bing Crosby, teenager Frank was inspired to choose a career in music.

Former President John F.W. Kennedy and Sinatra were best friends. Discussing his rumored acquaintance with the gangster and his relationship with Senator Kennedy’s sister removed him from Kennedy’s circle.

The friendship finally struck when Sinatra hit the helipad with a sledgehammer; He made it possible for the President to visit his home.

The Rat Pack is then a well-known informal group of entertainers, that they called ‘The Summit’ or ‘The Clan’, featuring Frank Sinatra, Dean Martin, Sammy Davis Jr., Peter Lafford, and Joe Bishop.

There was an amendment in his birth certificate. On the original one, Sinatra’s name was wrongly mentioned as “Frank Sinestro”, which was in fact a clerical error. He officially corrected to “Francis A. Sinatra”, in May 1945

The list of famous songs sung by Sinatra is long, yet there are a couple of songs he didn’t like, ‘My Way’ and ‘Strangers In The Night’ are some of the examples that Sinatra hated.

Sinatra himself commented on his performance in The Man With The Golden Arm the greatest of his film career, and therefore the Oscar was conferred to him for the wrong role. 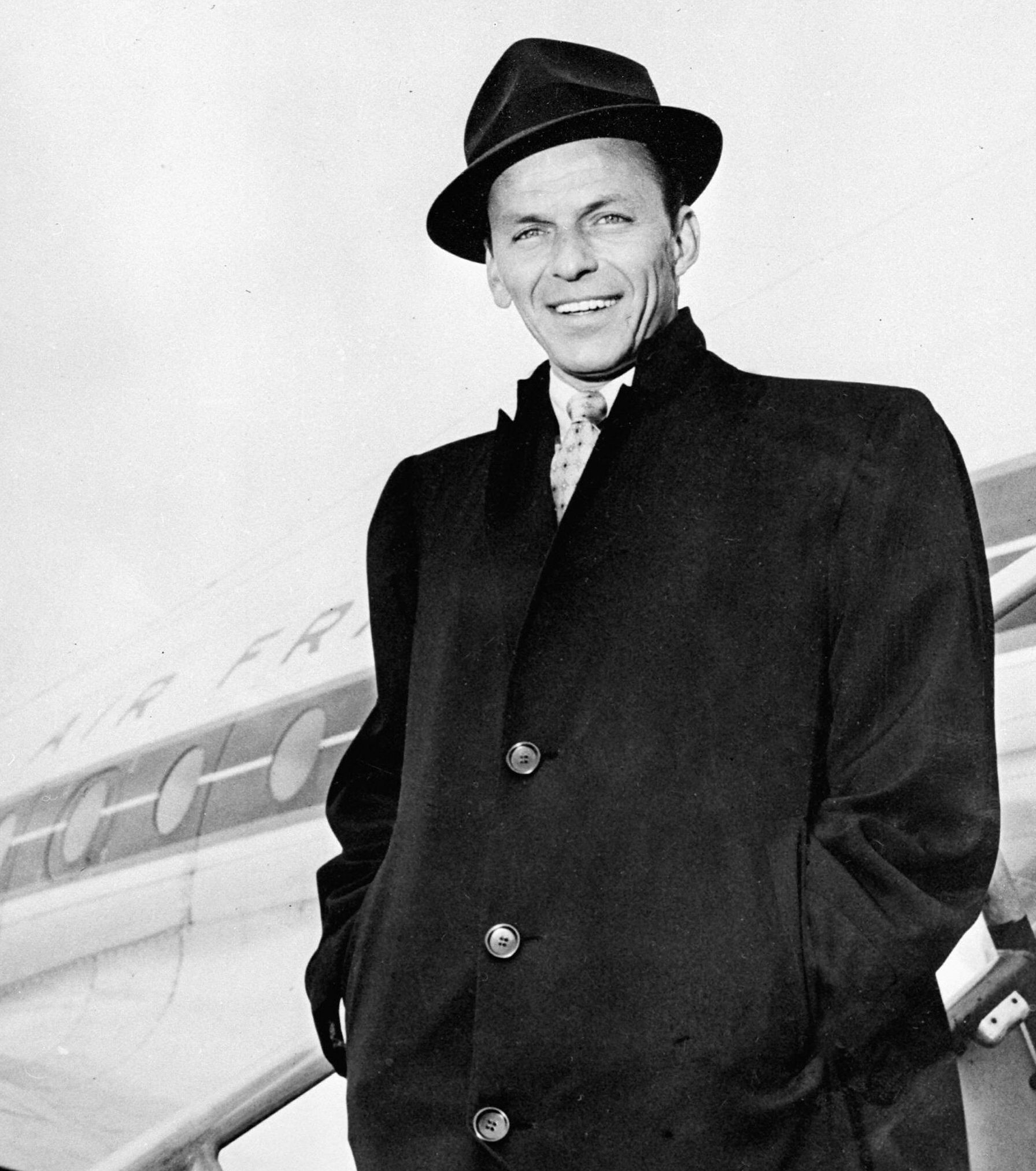 He was a successful celebrity but was notorious for his bad mood. He once robbed a friend of his drummer, a reporter.

He also threw ketchup at a restaurant waiter, even sent his bodyguard to kick a woman. Certainly not a problem with a man.

Probably he used to love daydream and loved to sleep when the sun was up.

It was by the 1940s when Sinatra was already a heartthrob for women. After the performance, his popularity for thousands of fans to riot and greet him has given an event known as ‘Sinatramania’.

By the 1940s, Frank was famous but his publicist did not miss the chance to promote Sinatra.

It made her hearing girls, who could sing and shout aloud. They were each given $ 5 and placed where they could excite the crowd.

In addition to his followers, the FBI was after him. The first case under his name was ‘Adultery and seduction (then crime).’

Talking about fights, starting from drinking to wife-ing, and his relationship with the mafia, he has a huge 8-page file in his name.

Sinatra had a passion for cleanliness. He often bathed 12 times a day, which is one of the interesting facts about Frank Sinatra.

Sinatra had a comparatively longer career ranges from the 1930s to 1990s because of his popularity, melodious voice, acting skills, and charismatic personality

Thursday, May 14, 1998, at Los Angeles, California, the U.S. at the age of 82 after suffering from heart and respiratory problems. He was buried at Memorial Park, Cathedral City, California, U.S.

Sinatra carried a cigarette, a lighter, a bottle of Bourbon whiskey, and a roll of 10 dimes to his grave, which is one of the interesting facts about Frank Sinatra.

His last words to his wife were ‘I’m losing.’ On the day he died, the Empire State Building paid homage to him.

The best revenge is massive success.

Don’t hide your scars. They make you who you are.

The big lesson in life, baby, is never scared of anyone or anything.

Stay alive, stay active, and get as much practice as you can.

Fear is the enemy of logic.