Maret began his diplomatic career in 1792 as a writer during the early phases of the French Revolution. Napoleon named him secretary of state to the consuls after the coup d’état of 18 Brumaire (November 9, 1799). He gained Napoleon’s trust and served as his personal counselor.

Maret was Minister of Foreign Affairs from April 1811 to November 1813, and he signed the treaties with Prussia (February 1812) and Austria (March 1812) that preceded the French invasion of Russia, Hugues Bernard Maret. In 1815, he assisted in the planning of Napoleon’s return from Elba. Maret was exiled during the second Bourbon Restoration and returned to France in 1820 when Louis-Philippe appointed him a peer of France. He was named Prime Minister in November 1834, but he was unable to assemble a cabinet, interesting biography, and facts of Hugues Bernard Maret. 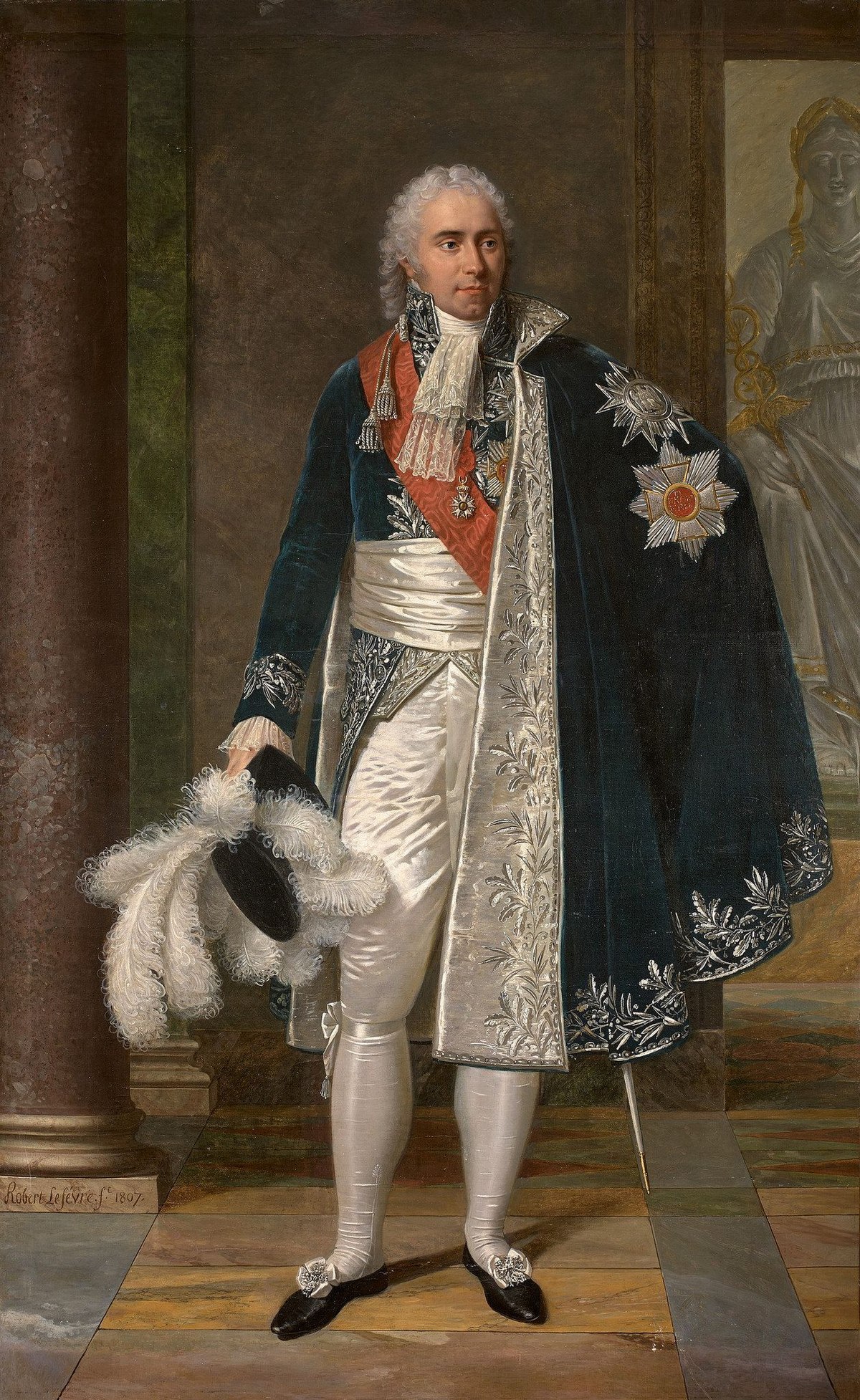 1. He was born in the Bourgogne town of Dijon and obtained a good education before entering the legal profession as a lawyer at the King’s Council in Paris.

2. He was Preceded by Étienne Maurice Gérard and Succeeded by Édouard Mortier in the Office of the Prime Minister of France

3. He was Preceded by Jean-Baptiste de Nompère de Champagny and Succeeded by Armand de Caulaincourt in the Office of the Minister of Foreign Affairs

4. Prior to the French invasion of Russia, Napoleon signed treaties with Prussia (February 1812) and Austria (March 1812).

5. The principles of the French Revolution had a significant impact on him, completely changing his career path.

6. The discussions of the first National Assembly piqued his attention, so he decided to publish them in the Bulletin de l’Assemblee.

7. In 1800, he took control of the Moniteur, which later became the official State Journal.

8. For a time, Maret returned to journalism, but he was instrumental in the peace negotiations with Britain that took place in Lille during the summer of 1797, until the Jacobin Club’s victory in Paris in the coup d’état of 18 Fructidor (September 1797) dashed Pitt’s hopes for peace and dealt Maret yet another setback.

9. Maret joined Napoleon Bonaparte’s party after the general’s return from Egypt in 1799, when the 18 Brumaire Coup (9 November–10) brought him to power.

10. He was a valuable mediator in every manner, and he was occasionally successful in softening Napoleon’s harsh, brusque words.

11. He gained Napoleon’s trust and served as his personal counselor.

12. Maret was banished once the Bourbons were restored.

13. He joined Napoleon on most of his wars, notably the one against the Fifth Coalition in 1809, and he supported the marital arrangement between Napoleon and the Archduchess Marie-Louise of Austria in 1810.

14. In November 1813, Napoleon replaced Maret with Armand, Marquis of Caulaincourt, a noted peace activist with a personal link to Tsar Alexander I of Russia.

15. After a period without a diplomatic post, he was appointed Ambassador of the French Republic to the Kingdom of Naples; however, while negotiating with Charles de Simonville, he was captured by the Austrian Empire and held for thirty months, until the two were set free at the end of 1795 in exchange for the release of Princess Marie-Thérèse-Charlotte, ex-King Louis XVI’s daughter.

16. Maret also helped draft the Spanish Constitution of 1808, which was overwhelmingly rejected by the Spanish people.

17. He won Napoleon’s trust and became his personal adviser.

18. He was appointed Ambassador of the French Republic to the Kingdom of Naples after a period without a diplomatic post; however, while negotiating with Charles de Simonville, he was captured by the Austrian Empire and held for thirty months, until the two were set free in exchange for the release of Princess Marie-Thérèse-Charlotte, ex-King Louis XVI’s daughter, at the end of 1795.

19. Maret became one of Napoleon’s secretaries, and then-Secretary of State, shortly after.

20. He was a staunch supporter of Napoleon, as seen by his efforts to legislate the ruses used by the latter in April–May 1808 to seize control of Spain’s fate.

21. Napoleon’s private secretary, Maret, stayed with him throughout the 1814 campaign, as well as the 1815 campaign and the Hundred Days following the replacement.

22. He retired to Graz, where he pursued literary endeavors.

23. Following the July Revolution of 1830, Louis-Philippe, the new king of France, made him a Peer of France.

24. He stayed with Napoleon for most of that war, and after the catastrophic defeat, he assisted in the preparation of Napoleon’s fresh armies for the equally disastrous fight against the Sixth Coalition in 1813.

25. He was a seasoned politician who provided invaluable services to the French Consulate and the First French Empire.

26. He was a member of the Feuillants, a moderate club, but after the monarchy was overthrown and the Insurrection of 10 August 1792, he obtained a position in the Ministry of Foreign Affairs, where he occasionally acted as a calming influence.

28. He is known to have contributed to the creation of the new constitutions for the Batavian and Italian Republics.

29. The journalist Charles-Joseph Panckoucke (1736–1798), proprietor of the Mercure de France and publisher of the famed Encyclopédie (1785), convinced him to combine the two papers into a bigger publication, the Moniteur Universel, which earned a reputation for accuracy and fairness.

31. Maret also assisted in the drafting of the 1808 Spanish Constitution, which was decisively rejected by the Spanish people.

32. The Duc de Bassano succeeded Jean-Baptiste de Champagny as Minister of Foreign Affairs in the spring of 1811. In this role, he demonstrated his customary skill and dedication by finishing the treaties between France and Austria and France and Prussia, which were signed before the French invasion of Russia in 1812.

33. This was a rare hereditary honor (it became extinct in 1906), and it shows how highly the Emperor regarded his work.

34. Père Lachaise Cemetery is where he is buried. 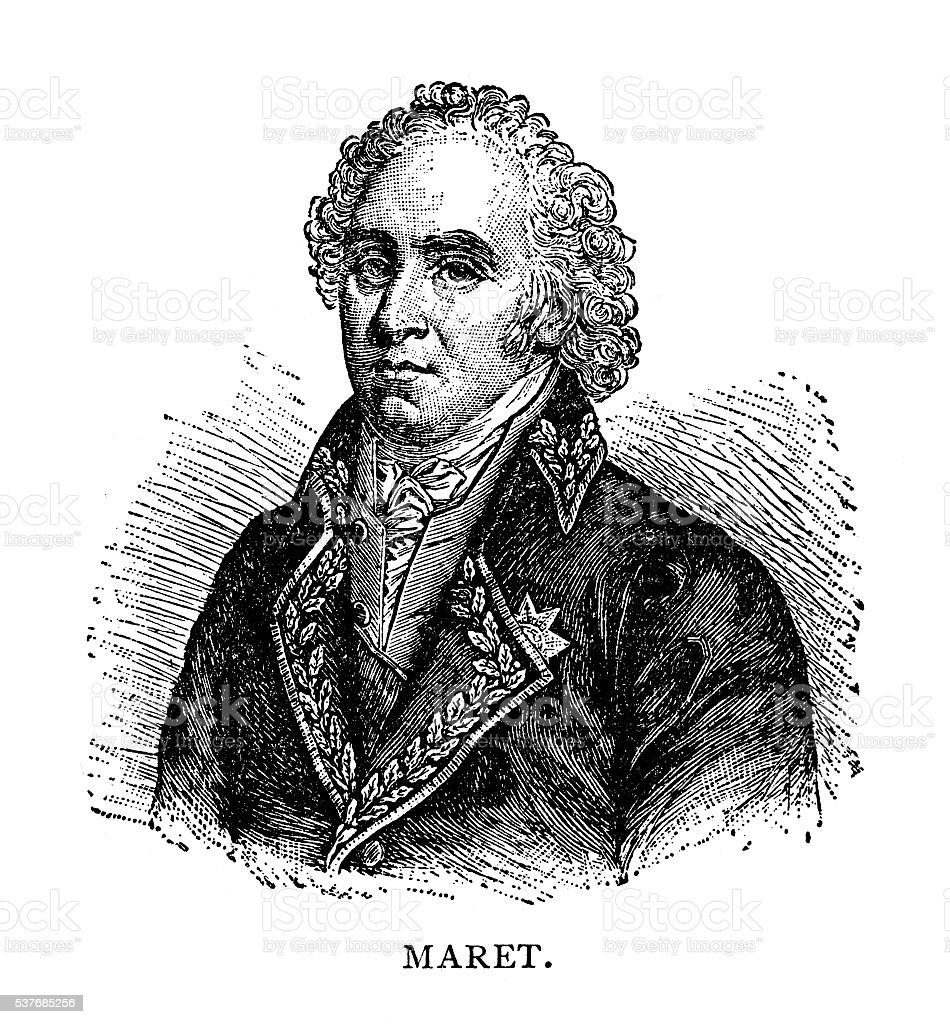